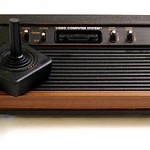 You may remember Atari’s classic Haunted House game. It came out in 1981 for the Atari 2600.? At that time, it was considered an advanced game with scrolling graphics and pioneered the concept of multiple levels.? All pretty basic stuff now but at the time it was pretty cool.

Now Atari has put out a modern version of the same game for Wii, Xbox, and PC.? The classic game has been remade for a new generation of gamers with enriched 3D environments, interactive objects, dynamic storylines, and new characters.? You must navigate your way through 16 levels of spooky environments, find hidden treasures, solve puzzles, fight new bosses, and manipulate the environment on their way to a showdown with Zachary Graves.

I handed the game over to Thing 1 to try out to see how it measures up to today’s new standards.? The first thing we noticed was that even though the game was on Wii,? it required use of the numchuk controller which is really just a joystick.? I thought it would have allowed use of the Wii motion controllers to make it a truly modern version of the game.? Instead, it was remarkably similar to the original which I guess was the point so maybe that’s not a bad thing.? Thing 1 didn’t like that he had to use the numchuk joystick to move the character around.? I can only imagine how unimpressed he’d be with the classic black Atari joystick with the red button that I grew up on.

The game is rated “Everyone 10+” for Language, Mild Blood, and Mild Cartoon Violence. That sounds bad but really it’s pretty tame and cartoonish, no worse than the Tom and Jerry cartoons all my kids watch.

Thing 1 is not quite 7 years old and that might have factored into his take on the game. We turned it on and he had a hard time figuring out what to do at first. The screen is mostly dark because, well, you are supposed to be inside a haunted house. After we figured out how to walk around and search for items he continued to play for a bit, but soon lost interest. His comments were “It takes too long”, “It’s impossible to beat”, and “How do you even win?”.

I have to say I kind of agree with his assessment of the game. You pretty much walk around in the dark, blindly go up to objects and press the button to see if it contains a prize.? If you are into adventure games it might be more appealing.? We generally like action games like Wii Sports.

If you loved Atari’s Haunted House 30 years ago and want to bring the same game to your kids, give it a try.? Just don’t expect it to compete with the action or graphics kids take for granted in today’s modern video games.

Disclosure: I received free product in exchange for my unbiased review.

Experts say setting a potty schedule helps teach your child to use the toilet. But how do you keep to that schedule – and minimize conflict between yourself and a stubborn toddler?

? Cute potty reminders: Patty the Potty phones your child and says, ?It?s time to use the potty!? You decide when and how often Patty calls.
? Fun stuff including reward stickers, simple games, sound effects and music help your child stay motivated and engaged.
? A progress tracker provides a visual snapshot of how your child is doing. You can even share a progress report with family and friends.
? Even when your child doesn?t go, iGo Potty is always positive and encouraging.
? And when training is successfully completed ? you guessed it ? iGo Potty creates a diploma signifying your child is a ?Big Kid Now.? Print it out and hang it on the fridge ? your child earned it!

iGo Potty is great for potty trainees, caregivers, older siblings and parents too. It?s self-explanatory and easy to use ? and if you ever get stuck, there?s even a built-in tutorial. Oh, and it’s free!

Remember Highlights Magazines when you were a kid?? I remember reading the old beat up copies at the pediatrician’s office.? One of the features was a puzzle where pictures were hidden in a page and you had to find them.? There were always kids who would color in the pictures as they found them, ruining it for everyone else who came after them.

I let Thing 1 and Thing 2 check it out.? Both were very interested at first.? I had to briefly explain the object of the game.? Thing 2 liked the sound effects and vibration when he correctly found an object.? But the game was actually kind of difficult for them.? The screen on the iPhone is much smaller than it would be in the magazine.? So the objects are either really small, or you need to zoom in and can’t see the entire puzzle at the same time.? They each got partway through one of the puzzles and then gave up.? I think kids a few years older would have more attention span and enjoy it.? Then again, I still think the old version in the magazine that I used to play is better.? As long as some other kid doesn’t color them all in first.

I decided to give Powermat a try. ?Disclosure: I was offered the product to review. ?Powermat’s tag line is Lose The Cords and promises to end constant plugging and unplugging and the mess of cords. ?Sounds good to me. ?Sign me up. END_OF_DOCUMENT_TOKEN_TO_BE_REPLACED

The California Raisin Marketing Board promotes the increased use of raisins grown in California. Raisins are very popular in the SuburbanDaddy household. You may remember how Thing 3 loves to eat raisins and occasionally does some other things with them. 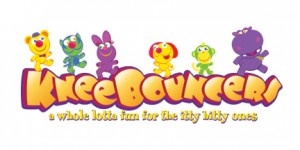 I just learned about a cool website called KneeBouncers. It looks absolutely perfect for Thing 3 because he is always trying to use the computer like his big brothers, but he only ends up clicking the wrong buttons and hitting the wrong keys.

KneeBouncers gives babies and toddlers the opportunity to play on the internet, without the use of a mouse. Loaded with games, little kids can make magic happen on the screen with any tap on the keyboard. All the keys do the same thing, so they can’t mess it up. Brilliant!

I especially like that the site was started by two dads. Reading their story, I know exactly where they are coming from. A third child that tries to keep up with their older siblings, gets frustrated, and causes trouble for everyone? Sounds a little familiar.

I will be trying KneeBouncers this weekend with Thing 3.? We’ll see how it goes.

I applaud them for what they are trying to do. Packaged in colorful bags with silly names, Funky Monkey is attacking the age old problem of making healthy food appealing to kids. So, how did they stand up to the kid review panel of Thing 1 and Thing 2?

But the excitement faded after they had eaten a few. It’s no knock on Funky Monkey, but it’s just not easy to make freeze dried fruit taste as good as chocolate teddy bears or artificial fruit snacks.

Bottom line: The packaging is great so you might get a kid who won’t eat fruit to try some. But don’t expect miracles.

I still like my method to get kids to eat healthy food. Cover it with whipped cream.

Yesterday I received a sneak peak video of Men Of A Certain Age, premiering December 7 on TNT. The series follows the bonds of friendship between three college friends ? Joe, Owen and Terry ? who are now in their 40s. Joe (Ray Romano) is a slightly neurotic divorced father of two who hoped to become a pro golfer but now owns a party store. Owen (Andre Braugher) is an overstressed husband and father, who is a car salesman at his dad’s dealership. Terry (Scott Bakula of Quantum Leap fame) is a struggling actor dating a much younger woman.

I was a big fan of Ray Romano’s previous show, Everybody Loves Raymond. So I was very curious how Romano would pull off another show where he is a middle aged slightly neurotic father.

Actors from successful sitcoms have a hard time breaking away from their well known roles. See all the actors from Seinfeld or Friends as examples. Sure, Jennifer Aniston was able to establish a different identity in movies, but not in another television show. Have you seen Courteney Cox in Cougar Town? I rest my case.

After just a few minutes of the pilot, I was surprised how well Romano was able to make himself into a different character. I didn’t feel I was watching Ray Barone. Part of this could have been that he has aged since Everybody Loves Raymond went off the air in 2005. He looks older.

The other reason is because the show is not a sitcom. It’s billed as a comedy-drama but I’d put it as more drama than comedy. There were a few trademark Romano chuckles as he pokes fun at himself or his two buddies. But I get the sense these characters will have dramatic scenes sprinkled with just a few comedy one liners. I kept expecting the jokes to come but most of the scenes were serious dialog.

If the goal of the show is to make viewers feel the despair and tediousness of a man struggling with middle age, then it succeeds.? You can meet the characters and judge for yourself.? I’ll probably give the show a try for an episode or two, if only because I am such a fan of Ray Romano.