In preschool today, the topic was what do you want to be when you grow up? Most of the answers were typical. A policeman, fireman, nurse, a mommy, a dancer. Thing 4 has a slightly different plan.

Teacher: What do you want to be when you are big?

Thing 4: A unicorn because I want to have rainbow hair.

Resolutions. It’s good to have goals and work towards something each year. Even six year olds make New Years resolutions.

SuburbanMommy: Do you know what a resolution is?

Thing 3: Yes, something you want to do.

SuburbanMommy: Do you have a resolution for 2014?

Thing 3: To take over the world.

He didn’t hesitate at all before giving the answer. Knowing Thing 3, he has probably thought about this for some time. And some day he just might do it. 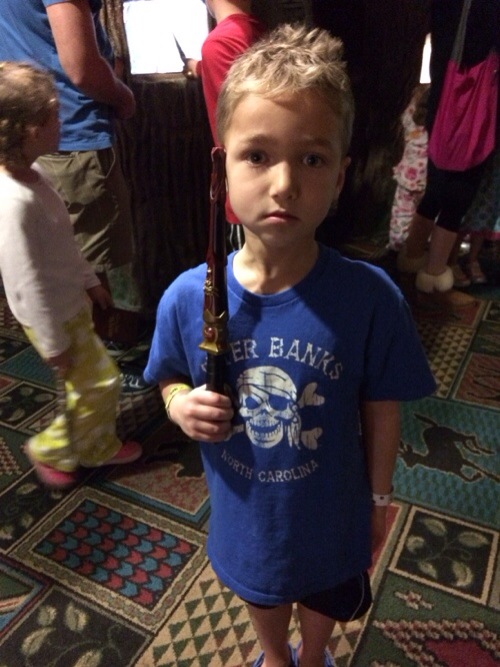 Thing 3: I can see through things. But I can only do it once a day.

He shuts his eyes really tight and tries to see but can’t.

I sort of believe him.

Thing 3 just completed the first quarter of first grade, and SuburbanMommy had the conference with his teacher. Somewhat surprisingly, he received a glowing report saying how well he listens and tries in class.

SuburbanDaddy: Your teacher says you do a great job listening in school. Why don’t you listen like that at home?

In case you forgot how to play Bingo, Thing 4 explains all the rules.

When Thing 3 is involved, you never know what he’s going to say. Which means any time spent with him will be entertaining.

I took Thing 2 and Thing 3 to the doctor for their annual checkup. Thing 2 just turned eight and Thing 3 turned six.

As we were walking into the building, there was a frail, elderly man walking slowly with a cane. Thing 3, who never has an unspoken thought, called a lot of attention to the “guy with an old man cane”.

We were in the examining room. The doctor came in carrying both of their charts.

As Thing 3 climbed up on the table, in nothing but his boxer briefs and a pair of socks, the doctor said, “So you are six years old now.”

Thing 3 exclaimed, “How did you know that!”

It’s the same reaction he has when Santa knows stuff about him.

I noticed he was wearing his underwear inside out. And his socks were also inside out. Why? Because he likes it that way.

Then, out of the blue Thing 3 tells the doctor, “Don’t touch my wiener”.

Just another day with Thing 3. He can make a routine trip to the doctor entertaining.

Thing 3 is the hardest one to wake up. He is not a morning person and prefers to wake up slowly. Getting him up for school during the week is a struggle.

Today we had the usual whining and resistance. Then he added, “I don’t want to go to school.”

He sounded serious. Like maybe something happened the day before. You hear about bullying and think the worst. Although, with Thing 3, he’s more likely to be the one bullying.

I asked him why he didn’t want to go to school.

He was quick to respond. And completely serious.

“Because it’s too much work”

Before you start debating how teachers give too much homework, consider this: He is in Kindergarten! And he was referring to this week’s unit on money (pennies, dimes, etc)

Most kids wake up with a lot of energy. They say things like “what are we doing today” or “I want breakfast”.

And then there is Thing 3 who is from another world. The things he says when he wakes up are totally random and unexpected. But you always need to listen close because you just may miss something hilarious. This morning was one of those instances. 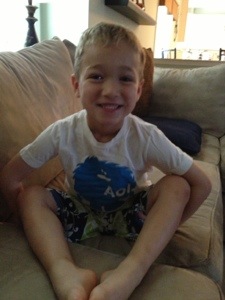 Thing 3: I dreamed about a trumpet!

SuburbanDaddy: OK. Do you want some breakfast?