In this picture, I just finished cleaning up. Some people may think otherwise. SuburbanMommy, for example.

But as is often the case when dealing with a two year old, there is a method to my madness. It’s part of an intricate system to outsmart and keep toys out of the path of mass destruction that is Thing 3.

He has a pattern of dumping toys, emptying bookshelves, and disturbing any sense of order in a clean room. So, I purposely dumped over the box, letting some of the blocks spill out. He’ll see it, and pass right by, content, thinking his work is already done here.

Wait a minute. His goal is a messy room. And here I am messing it up for him. Who is doing the outsmarting here? 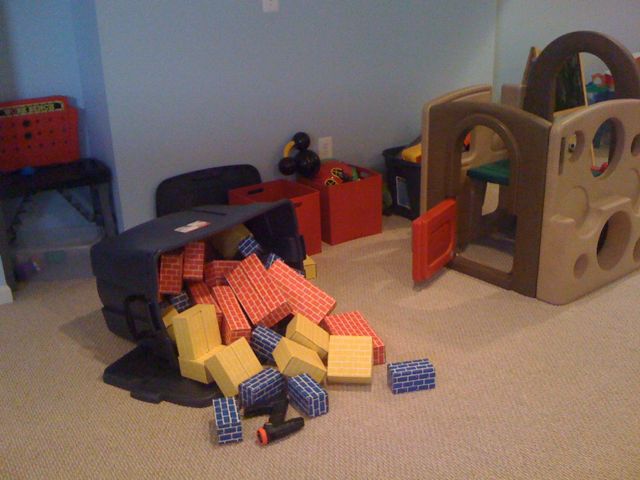 When it comes to Thing 3 it’s best not to assume anything. Don’t assume all is well in the next room just because it is quiet. Don’t assume he won’t run away from you at the mall.

And, apparently, I shouldn’t assume the shoes I put on him in the morning are the same ones he’ll be wearing when I pick him up at preschool. 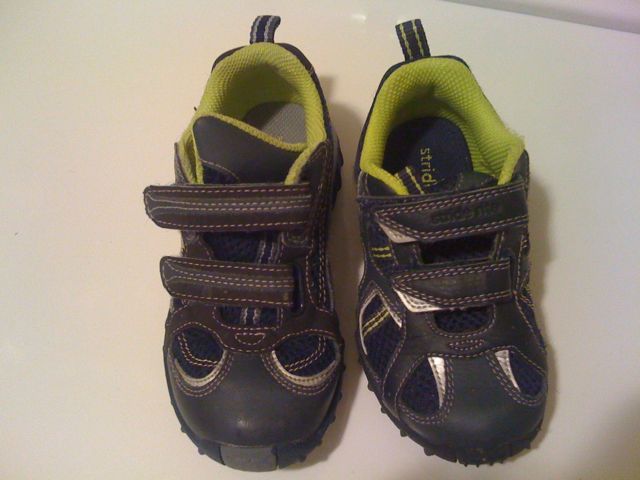 Notice anything wrong with these shoes? I didn’t. Until we got home.

You might see that one is newer and cleaner. You might also notice, upon closer inspection, that one is 1 1/2 sizes bigger than the other. And, if you are really sharp (I’m not) you’ll see they are BOTH right footed.

That’s exactly what I learned only after we got home. I’m just glad to know the other parent did the same thing.

When I finally did get to work and walked into a meeting, late, I would immediately cause a huge uproar because someone was already sitting in the chair I wanted. When the other person refused to change seats, because they also were acting like a two year old, I would throw myself on the floor, face down, and cry for a good 5 minutes. Then I would be in the best mood ever and act as if the last 10 minutes never happened.

At lunch, I’d order my favorite meal which I would eat three times a day: ice cream. When I got the ice cream, I would get really, really mad because it was in the wrong kind of bowl. Which bowl would have been the right kind? Trick question. They are ALL the wrong kind.

On the weekend I would visit a friend’s house. When I got there, I would touch everything and climb on the furniture. I would go to their bedroom, dump out all the drawers, and change all the settings on their alarm clocks. Then I would take off my clothes and pee on the carpet. But my friend wouldn’t care, because he’d be doing the same thing.

When it was time to go home, I’d get in my car and drive on the wrong side of the street. Just because I felt like it. And, of course, I would have a piece of Tupperware on my head which I stole from my friend’s house.

Yes, life as a two year old would be pretty good.

You’ve heard of King for a Day?? Well, this weekend, I get to be a bachelor for a day.? This is payback from my single parenting weekend in February, when SuburbanMommy had an Oscar weekend.

I’m scheduled to play golf but the weather is not looking good.? I don’t know when I’ll get to play golf again, so unless there is a category 1 hurricane, I will be on the golf course. 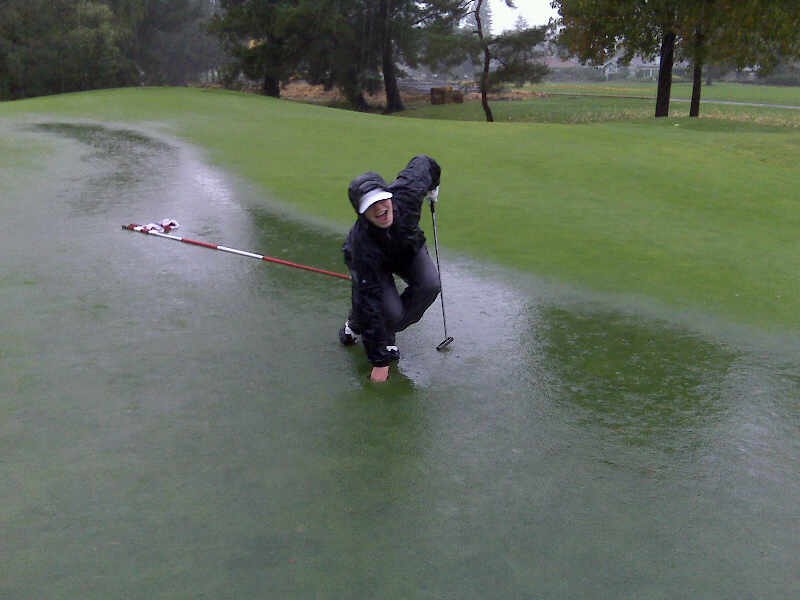