With a family of six, I would expect there to be a lot of laundry. But there seems to be some other factor at work which is increasing the amount of dirty laundry in our house.

Let’s see. Six people. Seven days in a week. Reasonably, you might assume one load per week per person would be plenty. Probably not even that much because we make sure to have enough clothes and underwear for everyone to easily go two weeks.

We do way more than 6 loads of laundry a week. In fact, there is always at least one load in progress at all times.

We already have the largest capacity washer and dryer available. So that can’t be the problem.

I believe I have discovered a force in nature that I’ll call the laundry multiplier principle. The amount of laundry goes up exponentially for each pair of people.

Going from one person to two doubles the amount of laundry.

And going from four to six people results in a mountain of laundry that can never be finished. 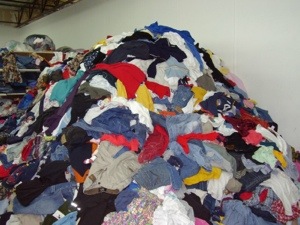