Tomorrow I’m taking Thing 1 and Thing 2 to their first NFL game. It doesn’t matter that it is a preseason game. Or who is playing. Or that we’ll be sitting in the cheap seats. They have been looking forward to this since the winter.

The game isn’t until 7pm TOMORROW night but Thing 2 insists on sleeping in his uniform tonight, which he’ll also wear all day tomorrow. He’ll add the helmet tomorrow at the game for full effect.

It’s fun to watch his excitement. Even if it is directed at the Redskins. 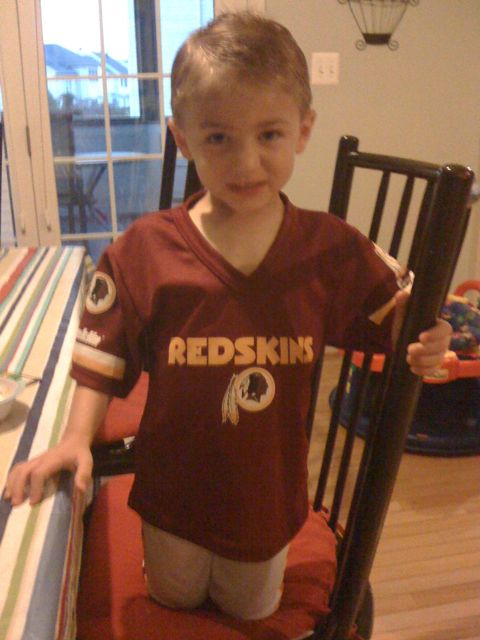